It would be good for the Speed on the Character Sheet to reflect the total speed from both Ancestry plus Feats, instead of the base Ancestry Speed only plus a comment. 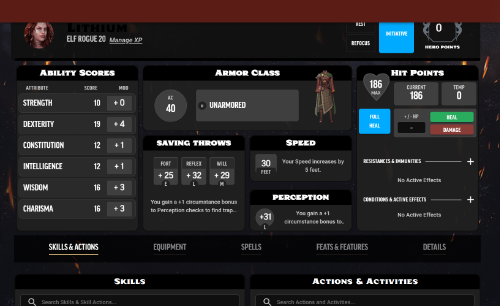 I’m not even seeing Fleet’s speed bonus mentioned on my speed breakdown at all, nor am I seeing the penalty from Full Plate being applied. Additionally, Full Plate on the speed breakdown is saying that I have a -10ft speed, when I have 18 Strength (and thus it should only be a 5 foot penalty).