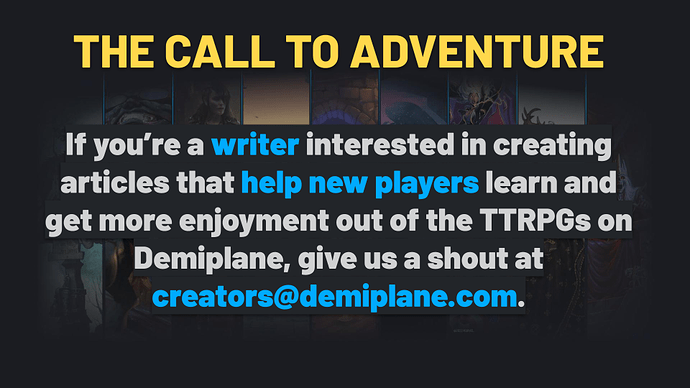 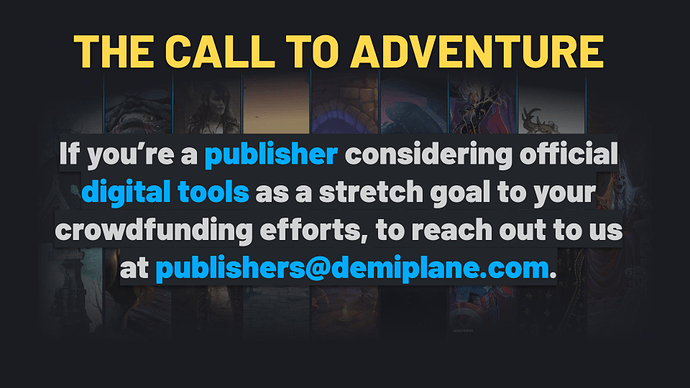 Giveaway: We gave away a Pathfinder Ultimate Bundle. Join us live in future weeks for a chance to win more cool things!

The Pop Talk and/or the “join us” where would that be? Discord, YouTube, Twitch, other? Days and times?

Dev Update streams take place on Tuesday mornings at 9am Pacific time. Today’s video can still be found on our Twitch channel: Twitch
It will be posted to YouTube tomorrow around noon Pacific. We do have a discord server, which you’re welcome to join as well, but Twitch is where the Dev Update fun happens: demiplane

NEED help I have bought most of the Pathfinder library on Paizo. So It asked me to sync so do I have to buy the books again to play on DEMI PLANE? I am a GM and DM-YEs DM THE DM if you want to play. But in reality I have thousands invested in books. SO I don’t want to have to buy them all again.
I need help.

Yes, you do need to purchase the titles again on Pathfinder NEXUS in order to use them here, as what we offer is a separate product from the PDFs. When you connect your Paizo account, you’ll get a deep discount on anything that you already own from Paizo, but will still need to purchase those titles at the discounted price in order to access them here.