Special Benefits You and Your Playgroups Will Love–All for Less Than $0.17/day

Includes: Content Sharing (Up to 24 People, regardless of Group), Unlimited Characters (Coming Soon), and an Early Adoption Bonus (3 total $5 off coupons through 11/1/22). 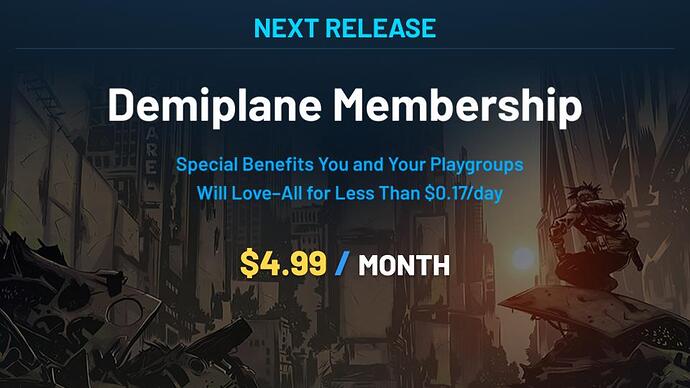 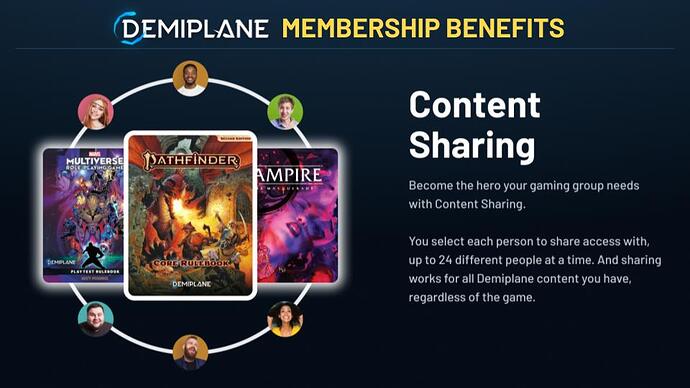 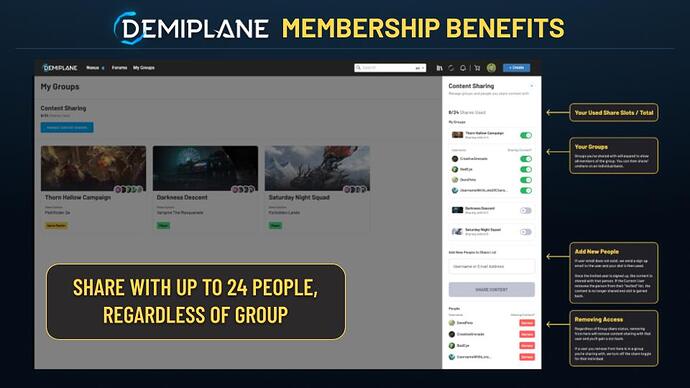 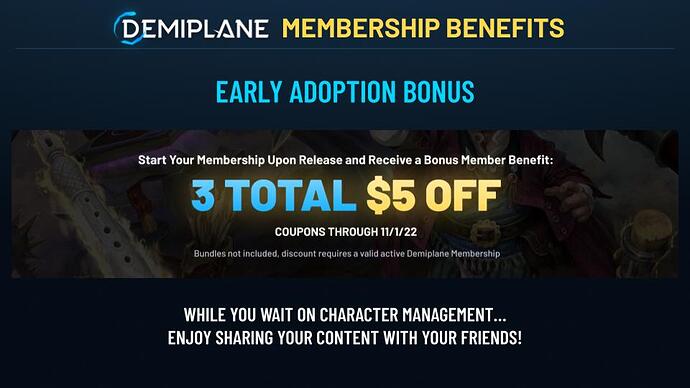 So when can we sign up for Demiplane Membership?

We haven’t announced the date yet, but I expect that we’ll know more in the next week or two.

I see Cults of the Blood Gods and Chicago by Night aren’t listed in either upcoming nor current development. What’s the status on those sources?

Those titles are on hold while the WoD team makes some errata updates before the next printing (as Adam mentioned a couple weeks back). They’ve asked us to wait and release the digital reader with the new errata.

As soon as there’s an update on that front, we’ll be sure to share it, but it makes sense to wait and only do the work once.

Sweet. You just sold me on the Ultimate Bundle for Pathfinder 2E as well.

I hope you enjoy it!

There’s so many titles to read!

Will there be a feature to copy characters to another account or would characters need to be re-entered? If, for example, I wanted to save characters from a previous campaign.

There will be ways to import and export characters into an account. That functionality may not be included as we initially launch character management, but it would be in place before a Nexus would move out of early access and into the full release.

Thank you. Looking forward to becoming a member.

Will it be possible to limit what sources the players are able to see?

That is a feature that we plan to include, but it may not be available right as content sharing launches.

What! Now I have to pay a monthly subscription fee. How many characters will you be limited to with out a subscription?

We’ll share the specific number as we get closer to launching character tools.

I know it won’t be at release most likely, but will it be possible to create a complete custom character? IE add my own ancestry/class/feats to the game? There are some third party content that I utilize that I’d like to be able to give to my players. And while this doesn’t effect anything yet, just generally curious as to the thought behind this, even if it was being considered behind the screen.

I know you all have a lot on your plate and you have been going FAST with the updates these past few months! So thanks for all your work!

I have been waiting for sharing to be announced before I purchased any more books. Now we know. I like the subscription model. Still looking forward to PF character sheets. That is the biggest thing.

question about content sharing (needed a place to ask this)

when i restarted my subscription, i still had 3 used, however i had to re-send the confirmations to people i had already sent it with, is this the new normal or is that planned to change?