I am looking to start a Live play on discord, meaning a living breathing server. This will be a place that Dm’s can have characters that they can develop over time, and players can immerse themselves in a world that is always live. Basicly its a Live Play by Post where the players have just as much impact on the world as the DM’s do.

To have these work though you do need at least a dozen people, more is better. I am not rushing to get this server live, as I want to wait to see if the Wayfinder dice app, works with The nexus as it is launched. We can for the beta use Wayfinder as we are getting the server up and running in a proper manor.

Now with the mechanical concepts out of the way, the bare bone idea I have for the world is…

Asylum, a large metropolitan city that resembles that of a Victorian era. Where the disparity between wealthy and impoverished is vast. That however is not the main issue in the world (as seen by the upper end). The worlds magic and tech being fused together caused a reaction that somehow corrupted most of the world. As for as Asylum knows the rest of the world has been mutated into the monsters that now plague mankind. The reason Asylum was spared of the same mutation is the divine waters that surround the city and have protected the immediate area from the calamity that happened almost 70 years ago.

This setting will allow exploration into ghost towns, vast deserts, old labs, sludgy seas and more. The setting is built to allow more then one DM to create their own story line for the world that players can choose to engage with or not.

If anyone has interest or questions let me know! again I would love a group of people to help build on the basic idea that is presented above to fill out the lore and build some fun places to RP

One other person being interested is enough for me to start working on the basics. I will get a discord server up and running and post an invite for it here when I get the basics done!

I got the server up and running, Its been a busy week with Christmas and all, so I wont be able to work on it much till after the first of the year! but look forward to working on it soon! 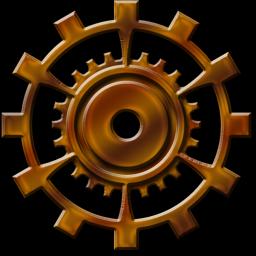 Check out the Asylum community on Discord - hang out with 3 other members and enjoy free voice and text chat.

Okay the holidays have come and gone, and I am ready to start brain storming and working on this concept! any others interested please stop by and say hi!

Here is the city map I am thinking about using. want to tease a bunch of things and see if we can get more in here! 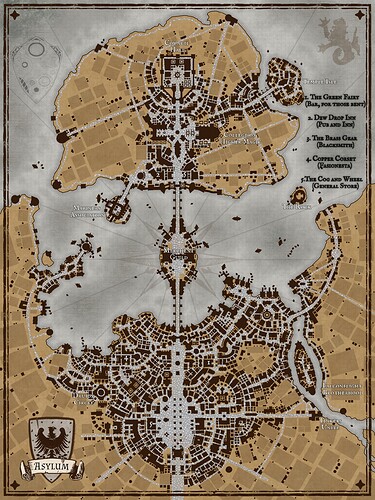 The main city map using a 99.9% from an amazing artist (info here https://www.reddit.com/r/inkarnate/comments/k10uj0/label_this_capital_city/)

May I join? It sounds like what I’ve been looking for (a PbP that I can get on at any time that I’ll use to get more PF2e knowledge so I’ll be a better GM once I switch my group).
My experience with Pathfinder is all in a vacuum, I’ve played through a total of two combats and nothing out of combat, but I have pretty good system knowledge and I make a lot of test characters.