At least in Firefox 109, the font for Sources is approaching unreadable. The font is better for Game Rules, Classes, but still less than ideal.

Might be a setting on my side, or maybe just an opinion, but I generally lean forward to read those options in the red dropdown menu bar.

Unreadable in that the font size is too small or some other reason?

I’m not aware of any similar feedback before for that menu, so I want to make sure I understand what you mean specifically.

Thank you for your attention to my feedback; I do realize now that my feedback was somewhat non specific.

Having gone through some of the site in more depth now; it seems to be best described as a spacing issue (lack there of) in the font, and is in a number of other places as well.

I am attaching images to better show what I am attempting to describe.

But it was very noticeable on the Sources dropdown

And having now bought a few books, I noticed it was particularly bad in the Ancestry… tags? traits? The little boxes that read things like GNOME under a gnome Ancestry feat such as “Animal Accomplice”. 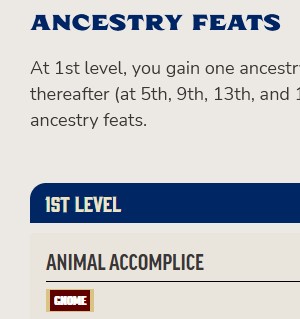 I’m very new to your website and PF2E, so I admit it may be something about my browser or setting; as a not-young gamer picking up something new, readability/legibility is very important to me.

Definitely doesn’t look like that for me on Chrome: 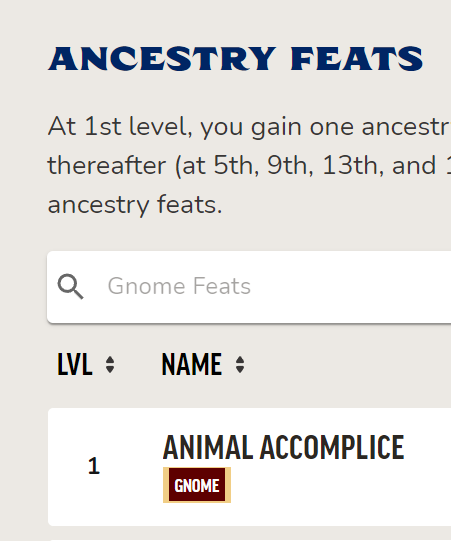 We’ll do some additional testing in Firefox and see if we can find the cause - I’ve seen something similar in the past where a font looks right on one browser but not the other, so I’ll track it down.

Aha! I think I found the issue and got it fixed. 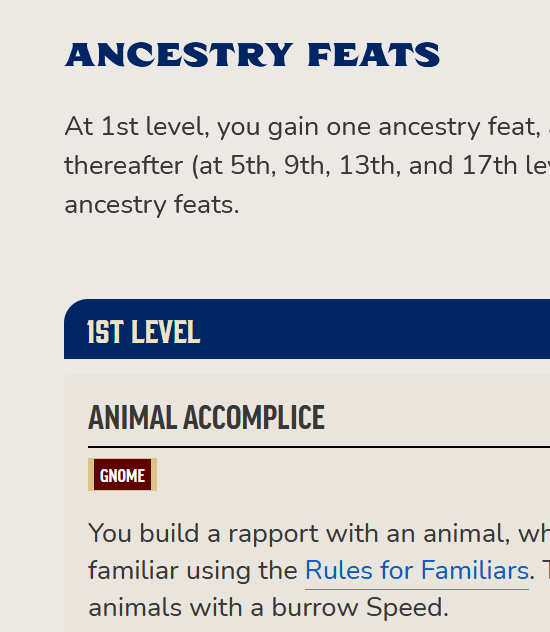 I update the Sources menu and these trait tags. Let me know if that’s not better on your end and I’ll continue the investigation.

For context, the font had a weight of bold in the system, but Chrome doesn’t actually render the bold. So in Chrome, it looked “normal,” but Firefox was doing what it was supposed to and we didn’t catch that yet.

Let us know, and thanks again!

Thanks so much for the quick attention to this. I am finding similar bolding in Firefox in other places. The search results have that as well.

The screenshot at the bottom is Firefox, Edge, and Chrome, respectively.

Find Your Next Adventure On Demiplane - Matchmaking, Video, Voice, Shared Journaling, And Much More To Come!

Very helpful - we were crawling through as many places to check as we could between other things, but this example in the search results gave me something to go off of a little more systemic.

I made updates and it should look right in all those browsers now. If you run across anything else, let us know.

I’m experiencing a similar issue in Safari 16.2 just as an FYI. See attached.

Very helpful - should be fixed on the homepage there now too.