Forums not working on Google Chrome

I cannot get the forums to work on Google Chrome. I see this message the dev tools console. 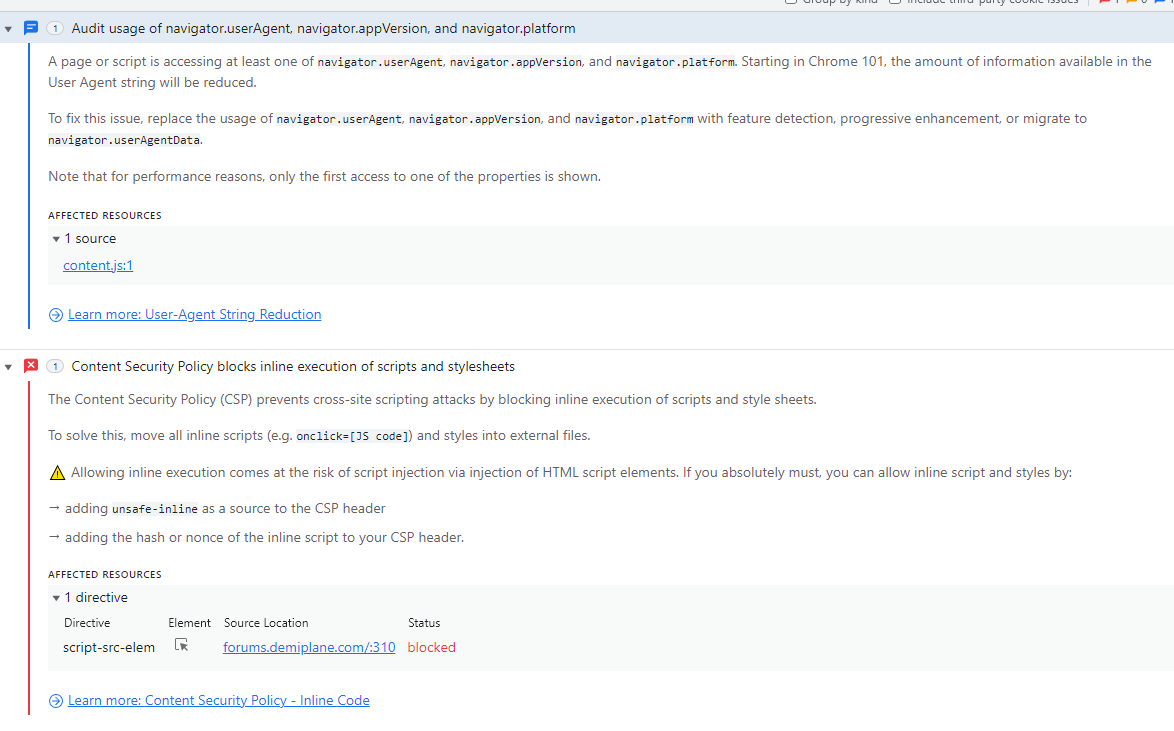 Note that for performance reasons, only the first access to one of the properties is shown.

To solve this, move all inline scripts (e.g. onclick=[JS code]) and styles into external files.

Allowing inline execution comes at the risk of script injection via injection of HTML script elements. If you absolutely must, you can allow inline script and styles by:

A few things, google chrome is the primary browser we use, and we are using base https://www.discourse.org/ for our forums.

The above issues look to not be standard. Are you able to try in incognito (testing without third party addons), as well as making sure your chrome is up to date?

Thanks. Incognito mode worked. Looks like some addons are causing problems. Thanks!