Thanks for that positive feedback! We’re very proud of the tools we’ve built, even as we continue to build them.

I won’t step into your conversation with BadEye as I haven’t been involved thus far, but I do want to say thank you for the thoughtful conversation. It’s clear that you care about the game and the community, and it’s encouraging to see.

I can second the concerns mentioned by deadlyd8, as I’ve also spoken to some PF2E DMs and players. You guys provide hands down the best interface for PF2E information! Seriously, be proud of this cause it’s awesome and very intuitive. This is where I send my PC’s to look up information on their class etc, and all of them mention how nice and easy it is. I primarily intended to use the character builder as a way for my PC’s to experiment with different builds without having to login to my Foundry Server or Pathbuilder(yucky interface). That being said, having to rebuy the books, even at a discounted rate, just to provide my characters a better interface to build their PC’s is likely out of the question for myself and the other DM’s I know.

On the flip side, I would 100% be willing to pay a subscription fee to have a better character builder (yours!) that provides all the options that are already freely available to look at on your website. Seems strange that the plan is to be able to look at all the classes/feats/ancestries, but you are unable to use 90% of them in the character builder unless you buy the books.

That being said, I really hope you guys continue to develop the website, because as I said, it’s the best looking PF2E site bar none! I love the character builder so far and can’t wait to see what you guys do with it in the future! Thanks for listening to my rant! <3

Hey! Is there an estimate on where it may be released to public? Later this year, next year, anything? Thank you!

Hey! Is there an estimate on where it may be released to public? Later this year, next year, anything? Thank you!

While we typically don’t share dates for in-progress development, I can confirm that the public Open Beta target is the first half of this year - so a few months, definitely not many months or years.

For those of us who were late to finding out about the nexus, are invites still going out for the character builder. Found your site told my group and subbed up straight away, so would be awesome to hear there are still waves coming out

I can confirm there will be more waves of invites going out. The next one is likely to happen this week.

Keep in mind at this stage when and who gets into the waves is kept behind the scenes based on what we’re looking to test and our bandwidth to parse feedback - basically disclaiming that we can’t guarantee someone is in a wave at a particular time.

If you are a Demiplane Member as you’ve mentioned or have made purchases to support us in Early Access, that certainly gets the priority though, so it’s a good chance you’ll get in soon.

I am trying to sign up for the Alpha, but the link to do so immediately sends me to Pathfinder 2e Nexus - Digital TTRPG Toolset instead of the alpha sign up page. Is this a problem with my browser, or is signing up for the alpha closed now?

I’m getting the same thing - when I go to the main Pathfinder Nexus page and click the link the link below it just takes me back to the same page.

In the devtools console I’m seeing a few of these errors:
Failed to load resource: the server responded with a status of 401 ()
Uncaught Error: Minified React error #418; visit https://reactjs.org/docs/error-decoder.html?invariant=418 for the full message or use the non-minified dev environment for full errors and additional helpful warnings.

Thanks for the heads up - something isn’t redirecting properly. 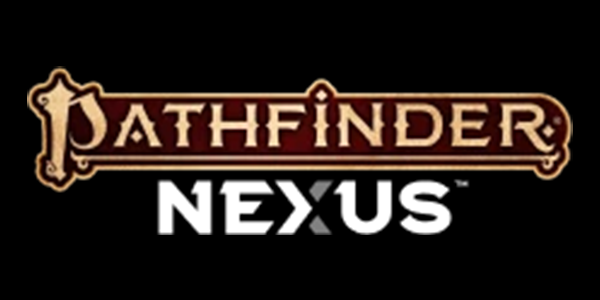 That might get you there in the meanwhile, but we’ll take a look and get it resolved if not!

Hey all, I am enjoying the app. I wanted to report a couple things and gain clarification on another.

Lastly for clarification. I sent in the request for my gaming group to have access to the alpha with me as we were told to. The request was sent in 2 weeks ago. I understand that they may be put under a later admission, but none of us have received any word even about processing the consideration. Should we have received an email or anything. Is not is their anyway to at least confirm that my request went through?

Again love what I see and even in the areas that are being refined I see the potential. Thank you all for what you are doing.

← previous page
©2022 Demiplane. All Rights Reserved.
All product and company names are trademarks™ or registered® trademarks of their respective holders.
Terms of Service
Privacy Policy
Code of COnduct