Thanks once again to everyone for the great early feedback. Today’s release continues our efforts of getting the right information to users when they need it and where they need it! Additionally, we’ve been able to jump on several fixes originally identified by our alpha testers.

We will have one more release this week before taking a two week break. Notes on what has been included in this release below:

(i’m using a t.v so others may not be experiencing this) this is how the creator normally looks, seems normal and fine 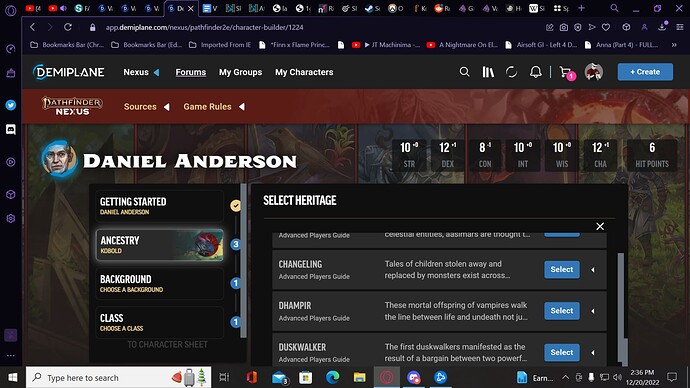 now i press f11 and i notice there’s a hidden one not shown, not sure if this is still being worked on but i can see it becoming an issue with some people, including if it’s still hiding charisma to boost. 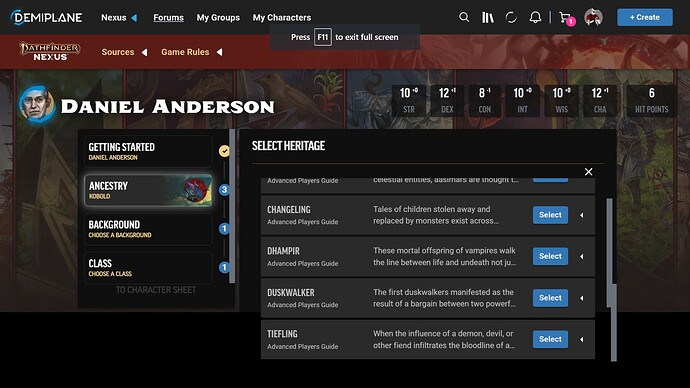 Thanks for sending this along! It looks like your TV is somehow displaying the tablet view of the builder. I can tell this based on the two-column setup (desktop resolutions of over 1600 pixel width will display three columns for easier viewing). This feedback is helpful as prep for tablet and mobile clean-up!

no worries, i would also like to know something odd, if you guys plan to keep adding stuff from the core source books like guns and gears in while the updates keep coming in or just working with the alpha cause i still have stuff that i can check to respond with if needs be

i need something to do.

Not an odd question at all! We’ll be rolling in additional Pathfinder content as the alpha progresses!