We appreciate your interest and participation in Early Access for Pathfinder Nexus. We aim to make every part of playing Pathfinder sessions better, starting with sought-after tools like a digital reader, game compendium, character builder, interactive digital character sheet, and a playspace with video chat where all the other tools are fully integrated. To pull that off, we need your help. Thanks for answering the call!

If you are a Pathfinder fan, you likely understand that much of the game’s success hinges upon one crucial element—playtesting. We want to take that same path as we set out on this journey, so your feedback during Early Access is essential to making Pathfinder Nexus everything we want it to be.

There are three major phases planned for Early Access leading up to the full launch:

We could have waited to release everything at once when all of the targeted launch features are available, but we decided to go with Early Access for two primary reasons: 1) community feedback early in the process is indispensable and 2) we have been using the features available today in our own Pathfinder sessions for a couple of months and they’re already enhancing our games. We wanted to go ahead and get them out for everyone else to use as they come alive.

These are the major features, but smaller updates and other features will roll out regularly during Early Access. We also have an extensive roadmap for Pathfinder Nexus, with new features to enhance play planned for years to come.

No, there are no plans to wipe anything during or after Early Access. This is less significant for Phases One and Two, but it also applies to the characters you will create as part of Phase Three.

Here in the Forums! To share feedback, feature requests, or report bugs, create a new thread in the Feedback or Support forums, or add your reply to the various Mega-Threads that have been created for specific sources.

Also check out our list of Frequently Asked Questions as you get started.

Now, it’s time for us to cast this ritual, but the secondary casters are all of you…we’re primed to get a Critical Success! 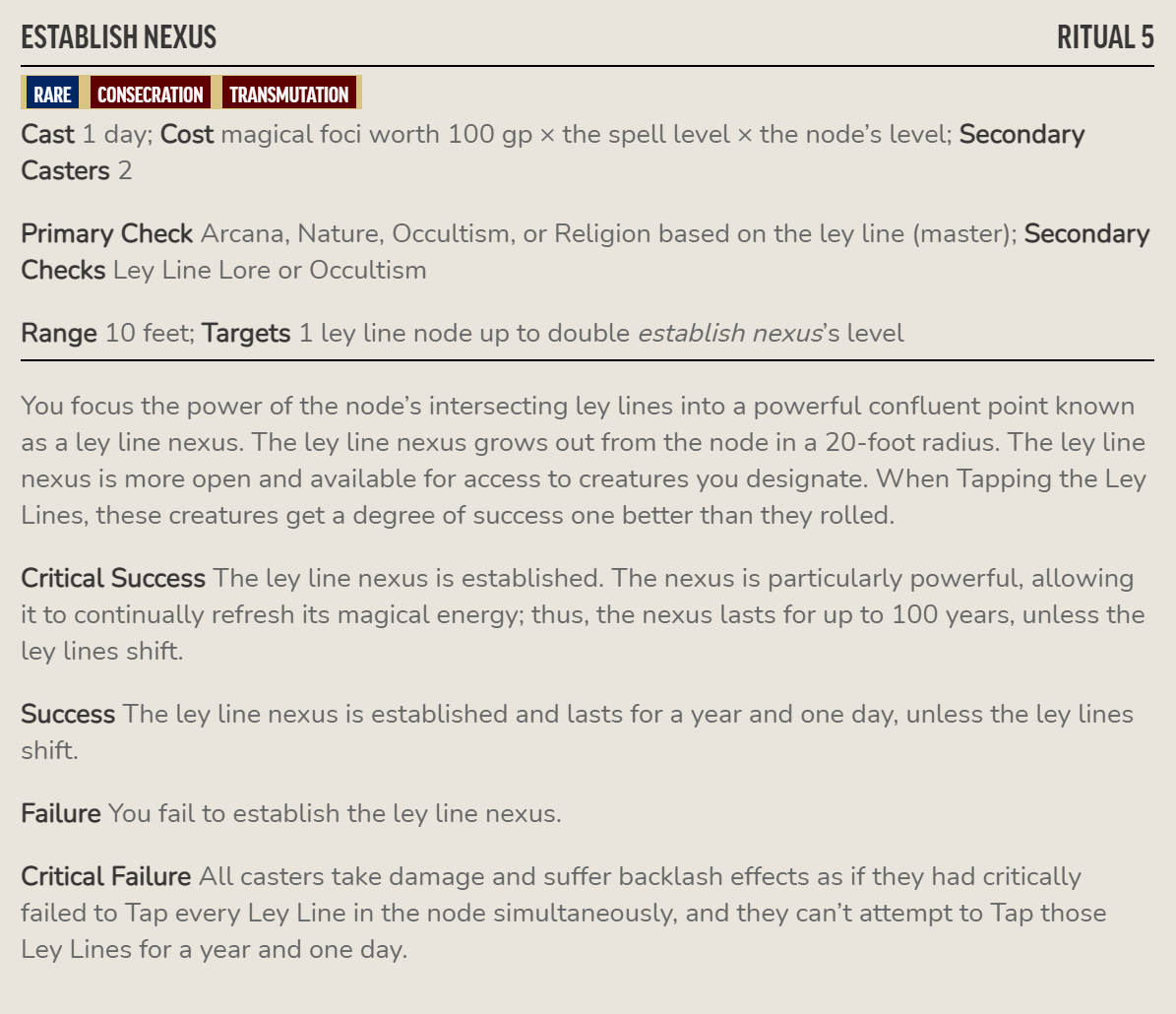 Thanks again for your help—we are excited to have you along on this adventure!